I had read the book Into The Wild a few years back and thought it was pretty good, but recently I watched the film directed by Sean Penn and starring Emile Hirsch and I’ve started thinking of several things I learned from both the book and the movie. 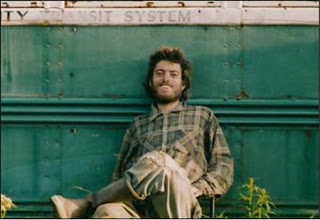 I was more interested when reading the book about the survival stories which paralleled the main character, McCandless’ life. The author, Jon Krakauer wrote chapters on several people who had gone into the wild and had made mistakes inevitably causing them to die of starvation. One case in particular caught my attention because it always seems like one simple little mistake will lead to other much larger mistakes creating a series of blunders which often have tragic outcomes. The story which fascinated me was about a photographer, Carl McCunn who wanted to go into the wild to take pictures of wildlife for the summer but some how had forgotten to arrange for his bush pilot to pick him up at the end of the Summer… Mistake number one. Seems like a pretty big one to me but none the less it was merely his first mistake.

The next thing Carl did which seems a little baffling is that after flying in 1400 pounds of supplies, his .22, .30-.30 rifles and a shotgun, he threw away all his shotgun shells into a lake. When flying planes they tell you “It does you no good to have altitude above you or runway behind you.” Meaning cherish all the resources you have and use them wisely, because you never know when you’re going to need them. Case in point, I always carry 3 or more ways to make fire, but I never use the easiest forms to create fire first. I save my matches and lighter using my firestarter rod first. You never know if you’re going to break a leg and have little or no energy and need the quick fix to save your life.

As Fall crept up on Carl and his food rations began to dwindle there were plenty of ducks he could have gotten if he had his shotgun with his birdshot shells which were now at the bottom of the lake. But seemingly his greatest blunder which sealed his fate happened one September morning. As he was stalking ducks he heard the buzz of a plane. Soon he saw the plane fly over head. He saw the plane and the plane saw him, he even waved his bright orange sleeping bag. The plane circled twice at low altitude and the pilot and Carl made eye contact. Carl was so excited he was sure to be rescued that he raised his right hand and waved it in the air triumphantly for his victory. The plane had wheels and not floats so it couldn’t land and flew away. When three days past with out seeing another plane arrive for his rescue he knew something was wrong. It was then that he finally read the back of his hunting license and realized his tragic error. When you raise a single arm to an airplane it means “All is okay, assistance not necessary.” What he should have done is waved both hands over his head signaling distress. Carl lasted to the end of November when the hunger and cold got too much for him with his hands and nose badly frostbitten he put his .30-.30 in his mouth and ended his suffering. February 2nd his body was found by an Alaska State Trooper.

McCandless however, went into the wild with far less than Carl, and did some remarkable things. First, by happen stance he stumbled across an abandoned bus in the middle of Alaska with a bunk and a wood burning stove. He was able to kill a moose with his .22lr rifle, a shot which should go down as epic. However, he hadn’t had a smoker built in advance and wasted time trying to construct one.  Soon flies landed on his precious moose meat and it was over. The meat was tainted with maggots and his great kill went all for naught. He was still in relatively good shape however and it was time for him to exit his Alaskan wild with enough time to spare that winter wouldn’t creep up on him. Even McCandless in his idealic world knew he couldn’t survive in the wilds of Alaska in the winter. 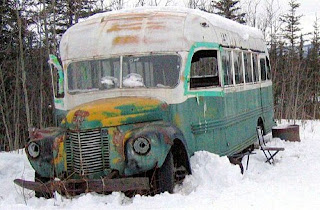 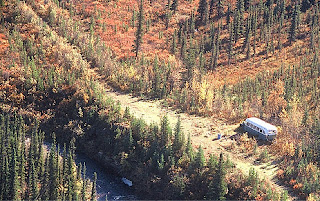 As he made his way out, following the same path he came into the wild on, he made another great blunder. When he came up on the river he was able to wade across in the early spring with relative ease he now found it to be a raging torrent and completely impassable. This was what I consider his greatest mistake because it was so simple to work around.

The first thing is he had no map of the area. Going into the wild without the simplest of maps is so foolish and full of hubris that I have almost no words for. If he had a USGS map he would have seen that there was a cable crossing one mile down stream and he would have been able to make a simple harness and cross the river easily. This is why knowing how to read a map and how to tie a handfull of knots is absolutely necessary.

Even though he didn’t have a map he should have known how to get out of the wilderness. Following a river downstream will eventually lead to some form of civilization. Most remote houses or towns are built near water sources. So following a river downstream is never a bad idea. But his salvation was even easier than that because following proper protocol when lost in the woods would have taken him to that cable crossing and there would have been no book called Into The Wild. The simplest of scouting hikes would have revealed the cable.
His final and most fatal mistake was that he mistook two roots which were so similar most experts say you shouldn’t risk eating unless you are an expert because they are so difficult to discern. The root he ate was the potato root which causes dehydration, nausea and if untreated will prevent nurishment. This means after eating this root even if he had caught something to eat it wouldn’t have done any good. His fate was sealed. 19 days after he died six moose hunters stumbled upon the bus and found his body zipped up in the sleeping bag his mother had made for him by hand.
It’s easy to armchair quarterback and hindsight is 20/20 but there are some simple rules to follow. I always say you have to know the rules and knowing the rules allows you to bend and break them. But knowledge is power and if you go into the woods or a survival situation thinking you are going to make it because you are some special chosen one then you are sadly mistaken. Mother Nature doesn’t give a Rats Ass about you. You must learn all you can when you can and always play it safe. It may not be glamerous but it’s better to have a story to tell than have a story told about you.
I talk about building a 72 Hour Bag all the time at work, at home and in this blog. But the most important part of building your bag is knowing how to use it. You must acquire the skills to use the equipment you have assembled. With out the skills the equipment will do you nothing.
Here’s one of the last pictures Chris McCandless took of himself: 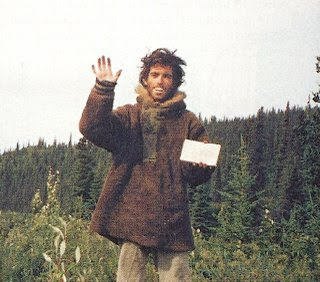